The Fibonacci series is a series of numbers developed by the Italian mathematician Leonard Fibonacci.

The series is calculated by adding two consecutive numbers to find the next in the sequence.

You will note after a bit of study that it is closely related to the Golden Mean.

A rectangle or other uniform shape such as a cylinder or rectangular box could all use the Fibonacci numbers in the design as depicted below. 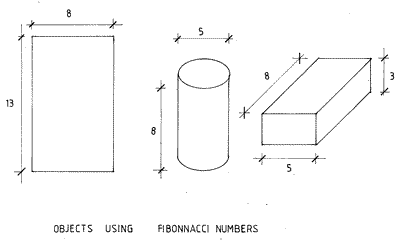